A restorative bowl of soup for breakfast is traditional in many parts of the world; the Mexicans and the Turks have tripe soups, the Japanese have their beloved miso soup, and in many Asian countries noodle soups are popular, as are all sorts of hearty and aromatic broths. But I have found no morning pick-me-up finer than caldo de gallina, or hen soup, a popular eye-opener all over Peru. Devotees sometimes call the soup levanta muertos, a dish to “wake the dead” and it is the favored cure-all of Peruvian mothers, prescribed for everything from head colds to labor pains. 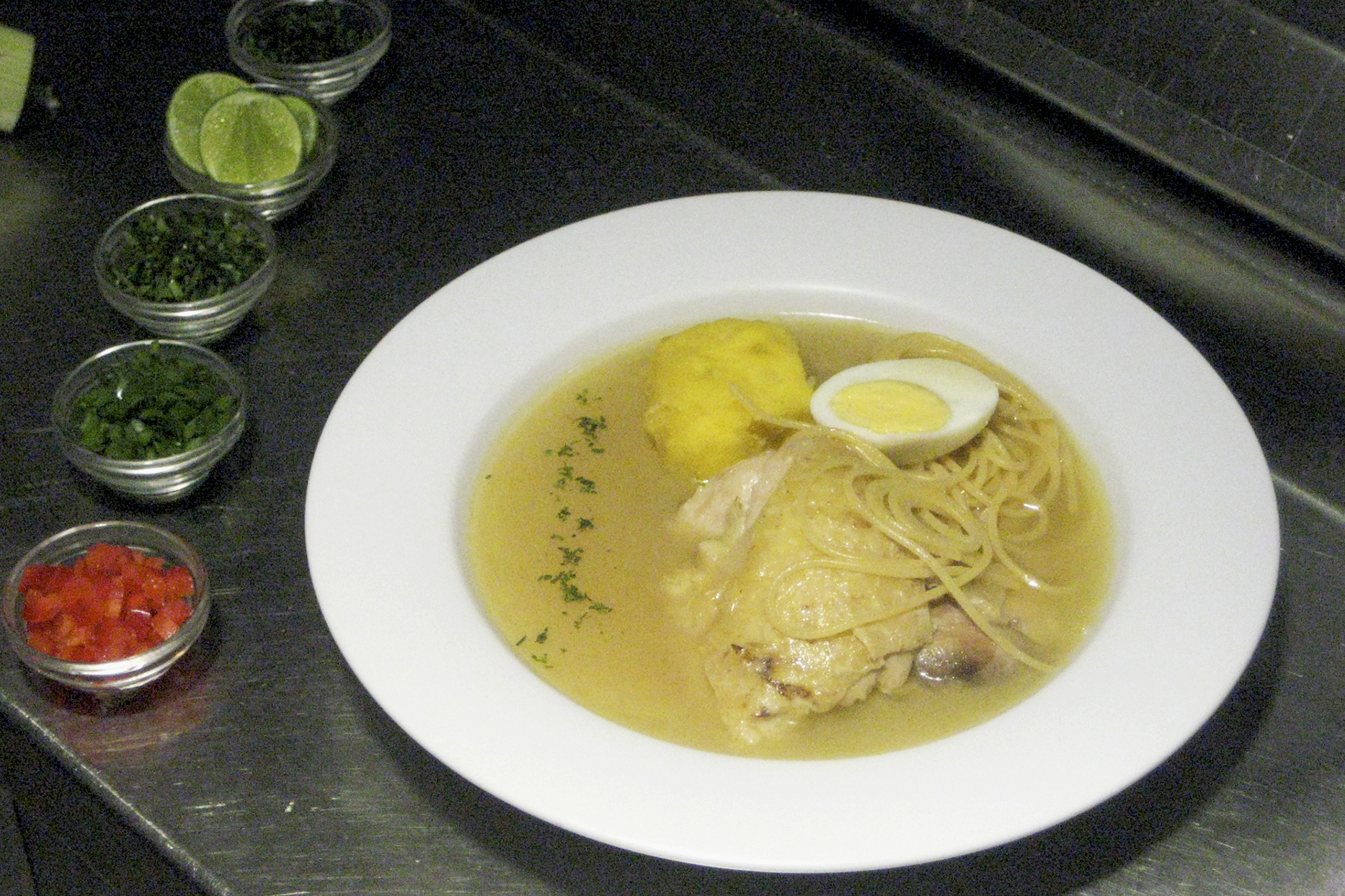 Often served in deep bowls, caldo de gallina consist of a golden, slow-simmered, ginger-infused hen broth (whose seasonings are a nod to Peru’s substantial Chinese immigrant population), as well as the flesh of the whole hen (an older richly flavored bird that takes well to long simmering): moist chunks of white meat from the breast and dark meat from the thighs, hearthy Peruvian yellow potatoes (which give body to the soup), and a tangled nest of noodle or spaghetti. Usually, though, it is the choice of garnish that sets one Peruvian’s caldo de gallina apart from another’s: slivers of rocoto (a piquant Peruvian chile), peppermint, green onions, and a squirt of tangy lime juice are just a few common additions. As beloved on the streets of Lima (where locals top their bowls with halved hard-cooked eggs) as it is in the mountains of the south-eastern egion of Cuzco (where the garnishes includes canchita o toasted corn, and zapallo, a sweet squash), caldo de gallina shows up in as many guises as there are Peruvian cooks who make it. (See page 84 for a recipe.) – Wendy Alperstein, a culinary tour guide based in Lima, Peru.

Article written by Wendy Alperstein and published in The Breakfast Issue, Saveur