One of our mission is to let people know more about traditional dishes from Peruvian gastronomy and we have a very special tasting class focused on regional dishes. Lately we held this class at Kañete Restaurant and it was very interesting to discover how the ingredients are used in the different areas of the country. During this culinary activity we learn about traditional dishes from Arequipa, Ancash, Piura region among others, do not forget that all Peruvian regions have a wide range of local dishes, I would add all delicious dishes! Few days ago Peruvian cuisine from Arequipa region has been recognized internationally as one of the most delicious worldwide, and I can confirm that for sure! 😛

Here a list of dishes that we usually include in our class to have people tasting them and learn how to prepare them and how to use the different ingredients. 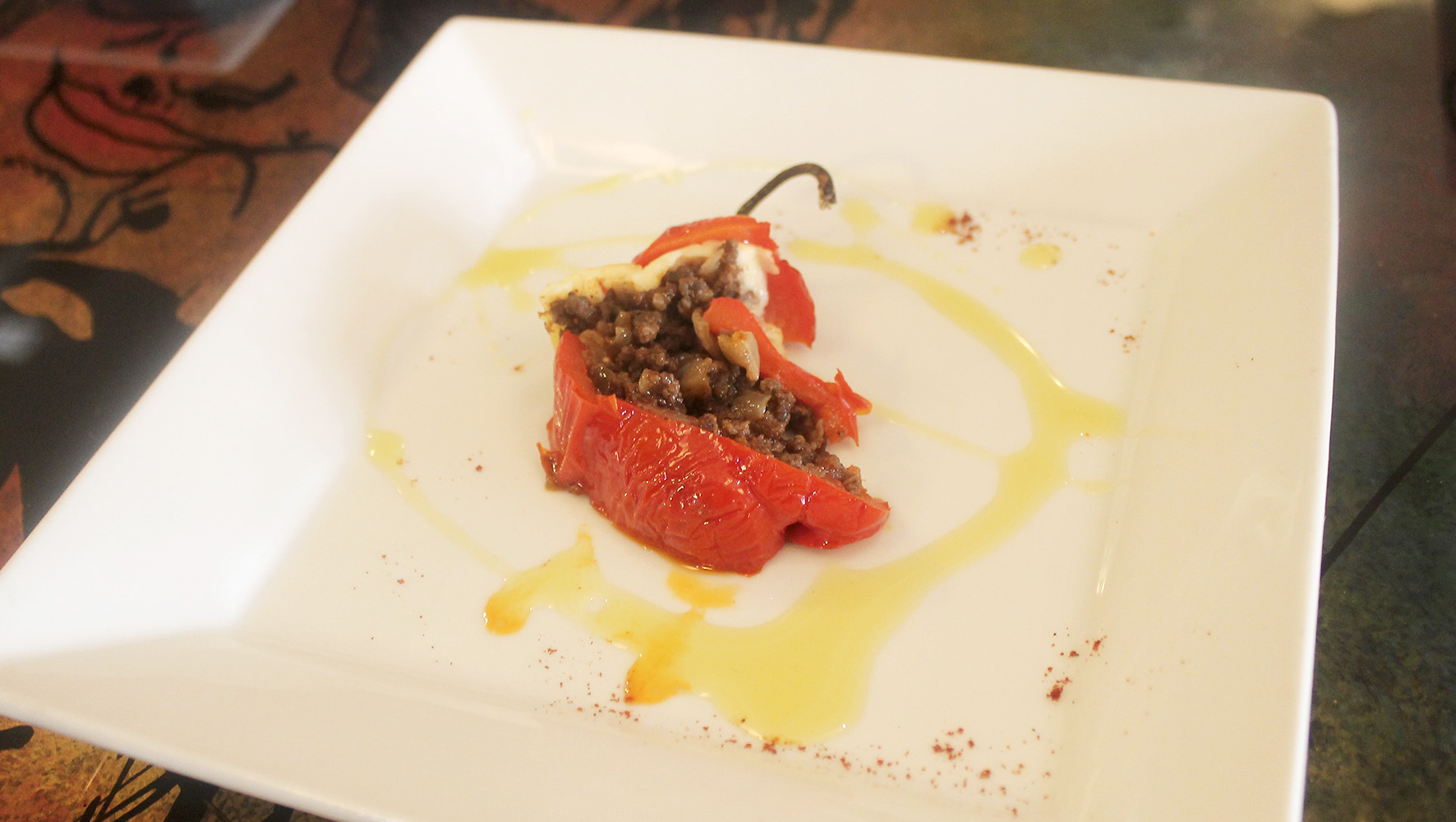 1. Rocoto Relleno: when we talk about “rocoto relleno” it is impossible not to mention Arequipa region, which is the area where this Andean  dish was born. It is prepared with a very special type of pepper, called “rocoto”, which is very very very spicy, so be careful! It looks like a red pepper, but is a bit smaller, let say that it has the size of an apple. The rocoto is filled with minced meat and cheese, it is usually served with another staple dish of Arequipa’s cuisine called “pastel de papas”, with is a sort of potato pie. The flavors of this dish are extraordinary and visitors love it! Here our recipe: with the detailed list of ingredients.

2. Ocopa: another traditional dish from Arequipa region is the “ocopa”, which is a pureed sauce served on top of boiled potatos. It is a mix of peanuts, aji pepper and herbs. 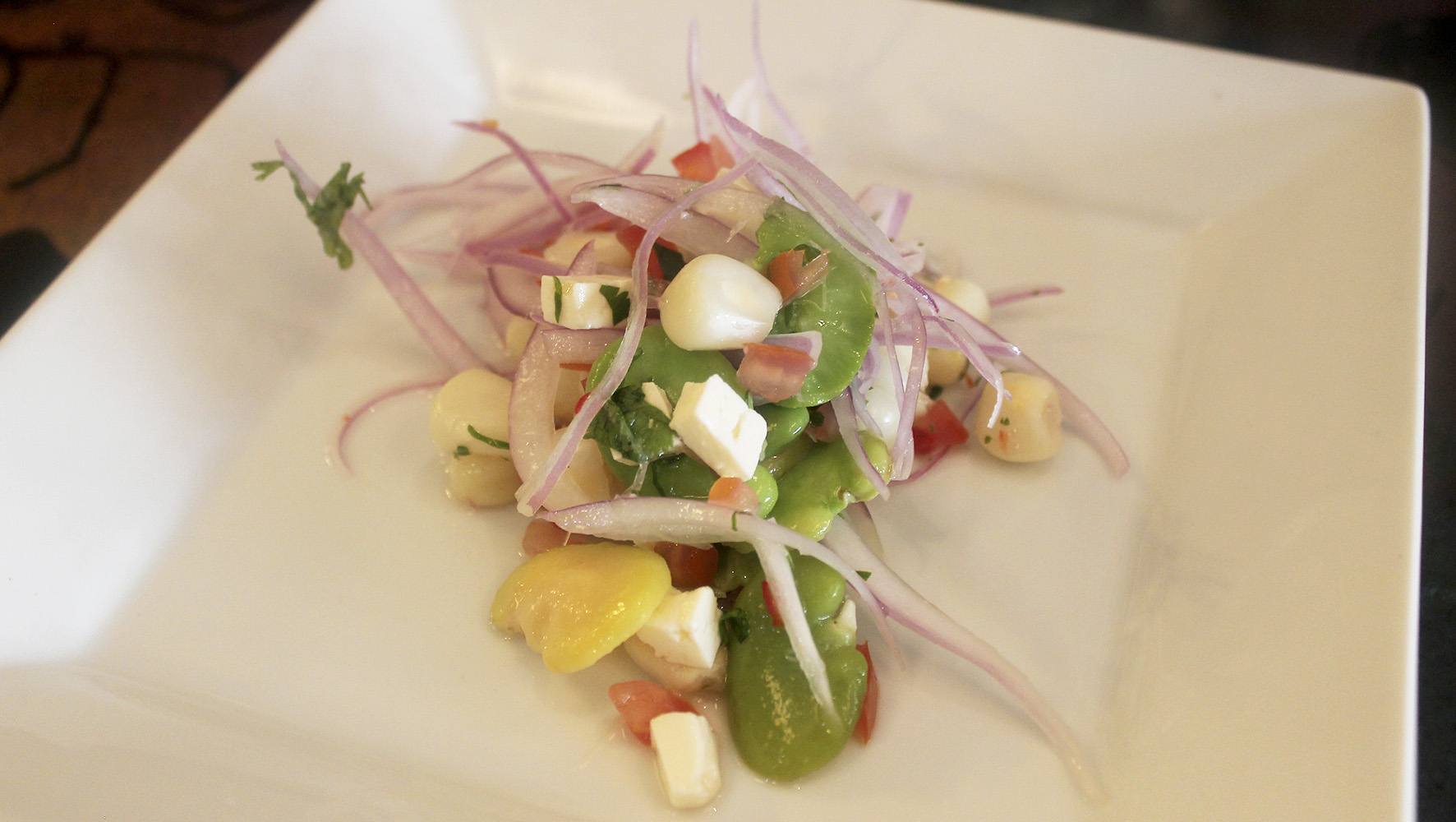 3. Solterito: this is a cold dish from Arequipa region, which is usually served as starter in a traditional meal. Main ingredient of this traditional dish is the delicious Andean cheese, that’s why it is also known as “solterito de queso”, the word “queso” means cheese in Spanish. The cheese is mixed up with chopped onions, olives and broad beans, all this ingredients give to this dish a very coulourful appearence. The taste is veery simple and fresh. 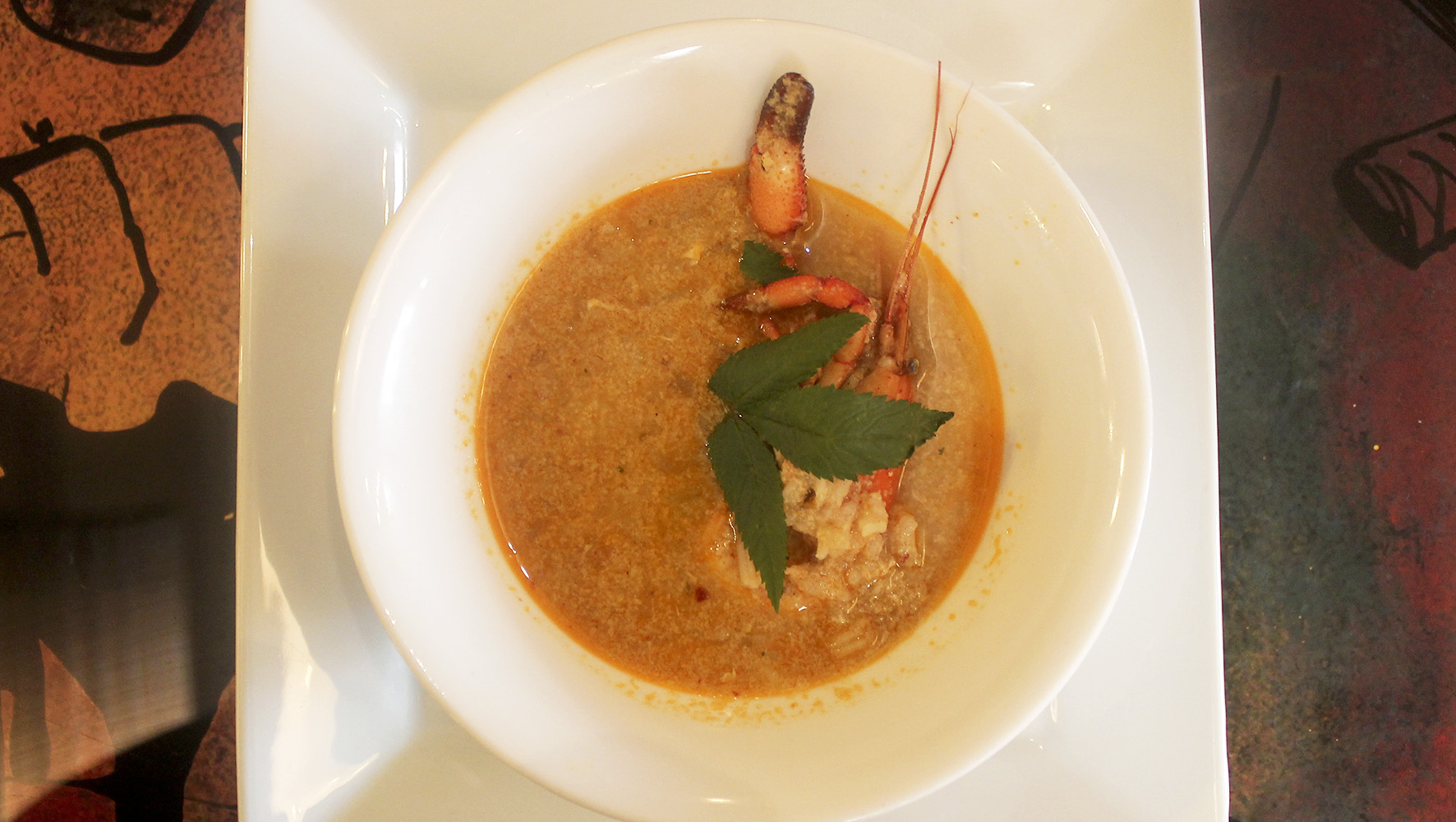 4. Chupe de camarones: This is one of the most important dishes of Peruvian gastronomy, a real gem! Its origins are strictly linked with the Spanish conquest era, when the conquerors brught to Peru new ingredients from Europe, such as milk and pepper. In the past Peruvian families used to cook this dish on Saturday or Sunday, it was not considered as a dish for normal week days. It is very common to find “chupe de camarones” in the menu of Peru’s main restaurants. 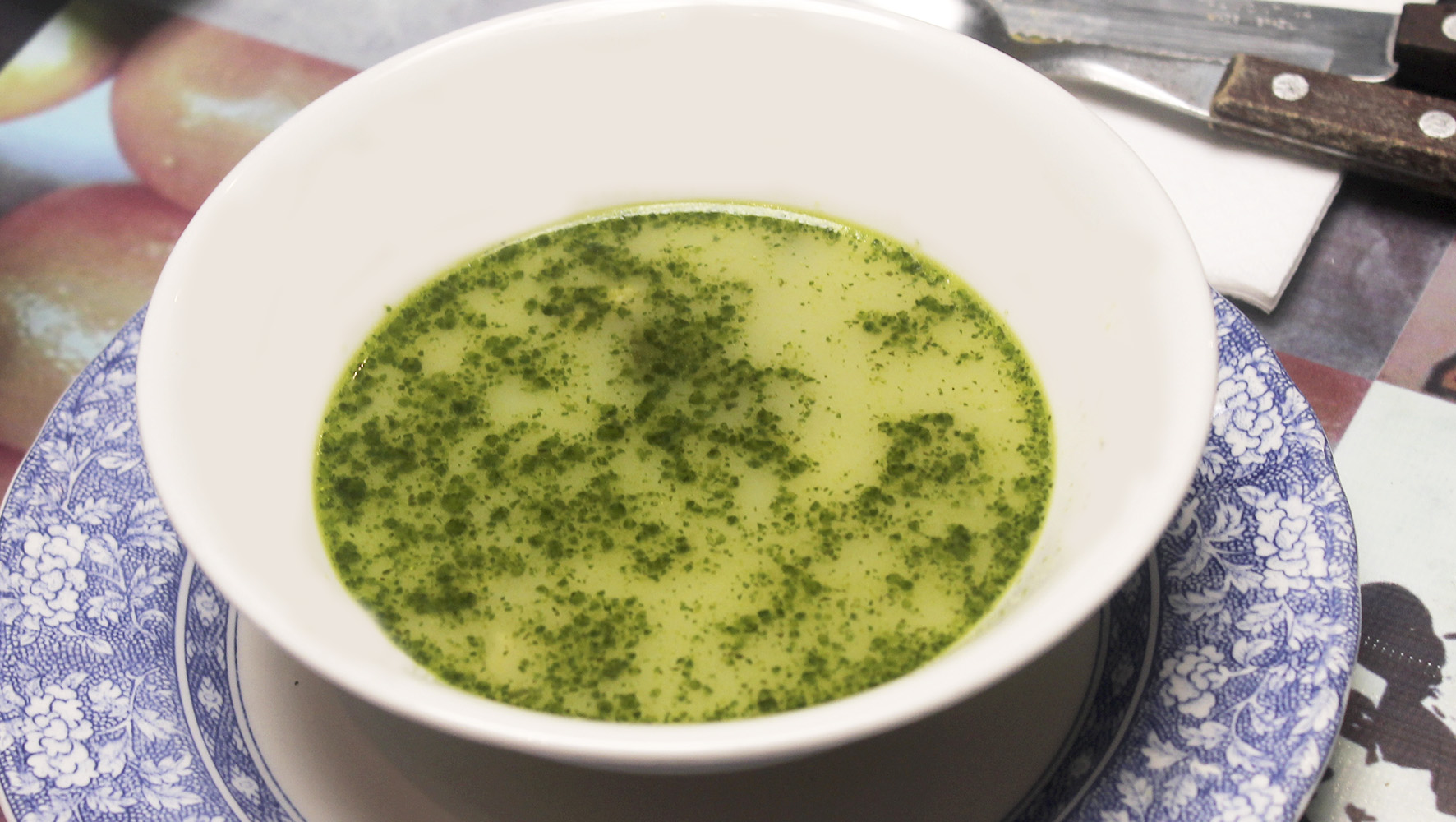 5. Sopa verde: this dish is traditional of Cajamarca region, located in th northern highlands of Peru. It is also known as “Yacu Chupe”. It is a tasty soup made of boiled potatoes, meat bones stock,, cheese and aromathic herbs. Usually Peruvians eat “sopa verde” early in the morning for breakfast when it is very cold. Its strong flavors and its texture help keep people awake for the rest of the day. It is generally served with “canchita”, a Peruvian salty corn.

6. Cabrito a la norteña: This is one of th most popular dishes of Peruvian Northen regions, every region has its own version of this dish. Main ingredient is the tender meat of the young goat, and it is usually served with beans stewed with onions and garlic. It is a traditional dish of Piura and Lambayeque areas, in the North of Peru. 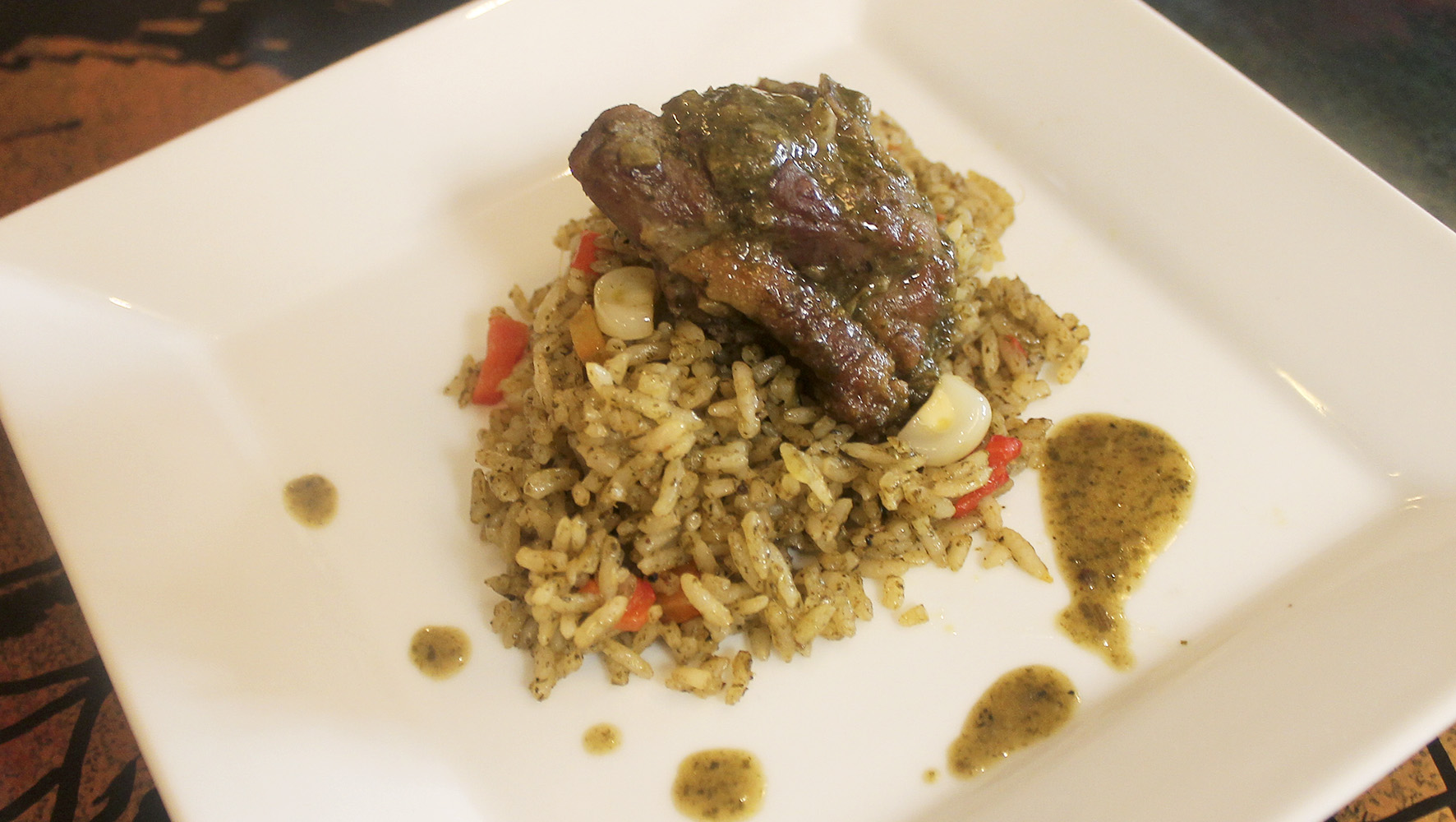 7. Arroz con Pato: this is a typical dish of the Lambayeque region, in northern Peru. The Spanish conquerors brought this dish to Peru and it is a very special version of the famous Spanish “paella”, obviously with the add of Peruvian traditional ingredients such as the yellow aji pepper and “chicha de jora”, a traditional beverage of the northern regions. 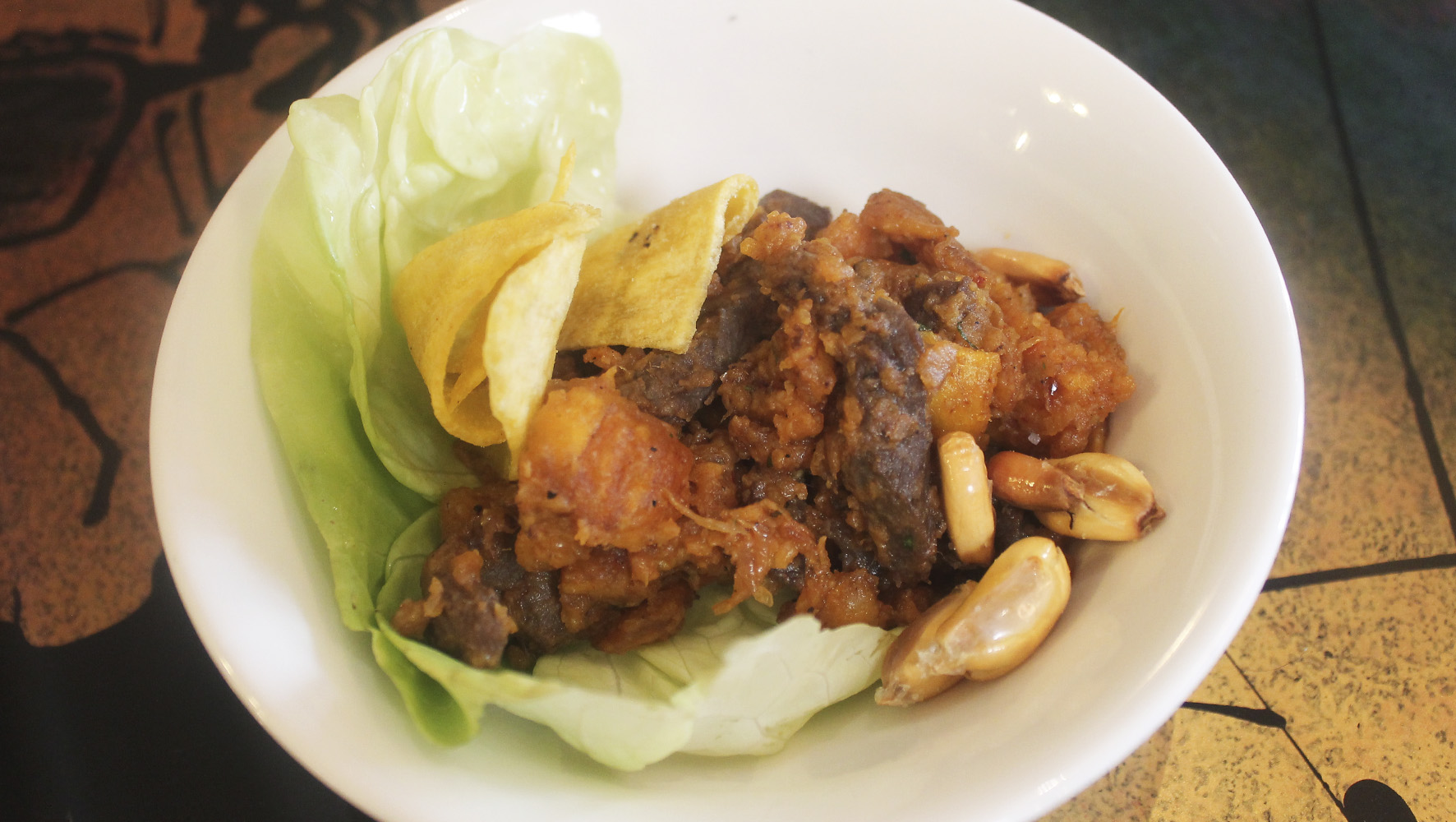 8. Seco de Chavelo: This is without any doubt the staple dish of Piura region, it mixes dry meat, meat, aji pepper, coriander, boiled manioca (we call it “yuca”) and fried bananas and the result is an explosion of flavors.

Peru has a very reach gastronomy, every region of the country has a wide range of traditional dishes and the ingredients are used in different ways to create unique flavors.